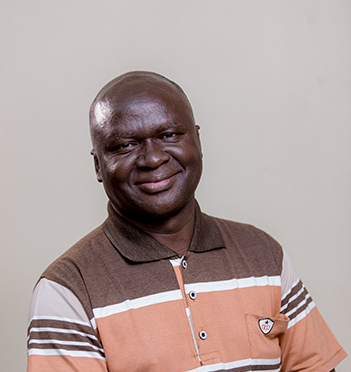 In 2009 he joined the Sokoine University of Agriculture (TZ) for a PhD graduating in 2014. He worked for the Tanzania Dairy Farming Company Limited (DAFCO) as a Resident Veterinarian, Farm Manager and Assistant Project Manager in 1987 to 2003. He has been employed by Sokoine University of Agriculture since May 2003, with the current position of Senior Research fellow.

His main research interests are public health aspects including zoonotic diseases (Leptospirosis, Toxoplasmosis and Plague) and antimicrobial resistance in humans and animals sharing the same environment. In the last 13 years he has conducted intensive research on rodent zoonotic diseases and antimicrobial resistance in humans and their livestock, pets, chickens ducks and wild ungulates (Zebra, Wildebeest and Buffalo).

He has published more than 34 articles being papers in international peer reviewed journals.

The focus of my research is primarily on public health aspect of humans, livestock, pet animals, poultry and wild ungulates. The zoontic diseases of interest are Plague, Leptospirosi and Toxoplasmosis. As you can see in my research projects I have been mostly involved in the above mentioned diseases.

My research has also dealt with rodents and shrews because are the main reservoir of zooonotic diseases causing agents. Identification of ectoparasites in rodents especially fleas have been studied widely to link their presence and the zoonotic diseases.

Further more research on the pesticides to control fleas was also carried out. Isolation and typing of the causative agents of Leptospirosis and Toxoplasmosis was carried out and confirmed the presence of those organisms in Tanzania.

My research has contribution in the reduction of Plague ourbreak in the country and I have created awaereness to livestock keepers and farmers to take pricaution on Leptospirosis and Toxoplasmosis diseases.

Apart from zoonotic diseases I am involved in the study of antimicrobial resistance in indicator bacteria namely E. coli, Enterococcus spp and S. aureus and this was the study of my PhD research work. Resistance of E. coli and Enterococcus spp was carried from faecal samples of humans, pigs, beef and dairy cattle, exotic and indigenous chickens, buffalo, wildebeest and zebra. For S. aureus the study was carried in humans, pigs and dogs.

This was the first study in Tanzania to link the antimicrobial resistance in humans and other animals sharing the same environment. Commonly antimicrobials that are used in humans and animals were tested and found Tetracyline and Sulphamethazole to be highly resisted by indicator bacteria. For the first time ESBL was reported from animals samples that resisted Cefotaxime.

My findings have been submitted to responsible ministries and policy makers for their necessary actions. My research area and interests has been also disseminated to students as indicated in the list of supervised students.

Leadership at the university

Supervision of undergraduate and postgraduate students